People often ellide the distinction between allergies and intolerances: they are not the same.

An allergic reaction is an immune response (specifically an IgE response) and is usually immediate. Think Histamine

<!-- wp:paragraph -->Histamine is an organic nitrogenous compound involved in local immune responses, as well as regulating physiological function in the gut and acting as a neurotransmitter for the brain, spinal cord, and uterus. Histamine is involved in the inflammatory response and has a central role as a mediator of itching. As part of an immune response to foreign pathogens, histamine is produced by basophils and by mast cells found in nearby connective tissues. Histamine increases the permeability of the capillaries to white blood cells and some proteins, to allow them to engage pathogens in the infected tissues. A histamine reaction is the first response in our system's fight against pathogens.<br><br/><!-- /wp:paragraph -->
Term details
" >histamine release, swelling, redness, hives, itching, coughing, diarrhoea and in the worst cases anaphylaxis. Typically these are on exposure to some “hyper allergens” like peanuts, bee venom and even strawberries or fish.

Allergies are rarely resolved by diet. You can manage an allergy that relates to diet by avoidance.

Our customers use our facebook group to talk dogs, cats and health. If you have a question, join up and ask the experts.

Bella & Duke are the leading Raw Dog Food Subscription company in the UK creating meal plans specific to your dog’s needs. We will be launching our raw cat food subscription service very soon. 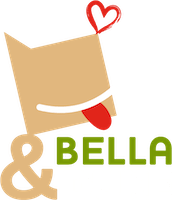